The most successful marketing campaigns are multifaceted endeavors, mixing various mediums to engage their target audience. Magazine ads, websites, billboards, direct mail, social media and smartphone apps are just a few ways companies can convert customers. To drive profits, businesses must allocate their marketing dollars across the right channels. Today, no brand can dispute the power of the digital world, but what about physical advertisements like direct mail and print ads? What gives them their edge?

To get to the heart of this question, the U.S. Postal Service Office of Inspector General partnered with the Center for Neural Decision Making at Temple University’s Fox School of Business in 2015 and again in 2019—first to study the power of print and digital advertisements, and then to dive deeper into how different generations react to them. Expanding on the original study, the 2019 research specifically analyzed the effect of print versus digital ads on young and old consumers.

Research showed that physical advertisements were more effective in leaving a lasting impression than their digital counterparts, regardless of consumer age.[1] Below, we dive deeper into the research and the results.

Neuromarketing serves as the foundation of these studies. This emerging field combines the insights of multiple disciplines, including neuroscience and psychology, to answer questions about marketing, consumer behavior and advertising phenomena.[2]

Working with Temple University, USPS® used neuromarketing tactics to explore how consumers processed and engaged with physical and digital advertisements, both consciously and subconsciously, and how different age groups engaged with these ads.

By looking at these neurophysiological measurements, researchers were able to make conclusions about consumers at different stages of the buying process: exposure to information, retrieval of information and action. In the most recent research, researchers used the same neurophysiological measurements to make conclusions about the way consumers of different ages respond to digital versus print ads.

By understanding consumers’ subconscious responses, businesses can optimize their marketing strategies and determine when to use mail, digital media or a combination of the two.

In the original study, Temple University used survey questionnaires, eye tracking, core biometrics and neuroimaging to compare the effectiveness of print versus digital advertisements. In the first study session, participants viewed physical and digital ads for products, services and restaurants. The physical ads were printed on postcards, while the digital ads were embedded in emails. Eye-tracking equipment captured which ads participants looked at and for how long. At the same time, biometrics equipment measured heart rate and skin conductance, which indicated physiological response resulting from emotional engagement.

A week later, researchers carried out a second session in which they tested memory and willingness to pay. During this session, a functional magnetic resonance imaging (fMRI) scanner measured the participants’ brain activity while they answered a series of questions about the advertisements. Each subject had to indicate which ads they remembered from the week before. Finally, they underwent a simulated purchasing process in which they reported the amount they were willing to pay for each service, product or meal. Parsing through this data, researchers were able to make a number of telling conclusions.

The fMRI analysis allowed researchers to measure brain activity as the study participants viewed and replied to questions about advertising stimuli; this provided insight into the effectiveness of advertising stimuli on a subconscious level. The behavioral responses and self-reported measures reinforced the findings from the fMRI analysis and gave further insight into the effectiveness of digital versus print ads.

As with the 2015 study, the research was carried out in two phases, approximately one week apart. During the first phase, participants viewed 60 ads, split into two sets of 30. The print ads were shown on postcards; the digital ads were shown on a tablet. After viewing, participants were asked about brand recall (remembering which brands they had just seen), brand association (matching a slogan to a brand) and brand discrimination (recalling whether certain images were associated with brands just viewed versus competitors’ ads). Special eyewear measured how long participants viewed the ads.

During the second phase, researchers asked the participants to recall the ads they had viewed a week prior. fMRI was used to measure brain activations as participants performed the required recall tasks; this helped show differences at the subconscious, neurological level. Participants were tested on this outside of the fMRI, as well.

In the original study, physical advertisements were proven to have more influence than digital ads in a number of ways. Not only did participants spend more time with physical ads, they also remembered them more quickly and confidently. Physical ads also elicited a stronger emotional response than their digital counterparts and, overall, had a longer-lasting impact. Looking at brain activity, researchers discovered that participants showed a greater subconscious valuation and desire for products or services advertised in a physical format.[4]

This means physical ads are particularly effective in two stages of the consumer journey: exposure to information and retrieval of information. Digital ads trumped their physical counterparts in only one area: focused attention. Though participants did show more attention to digital ads, they gained the same amount of information from both types of advertisements.

Findings from the 2019 research confirm and expand upon these findings, with physical ads once again showing to be more effective in leaving a lasting impression than digital ads. Physical ads were found to result in stronger memories, and this was found to be true across age groups.[5]

However, although both the young and old participant groups processed physical ads faster than digital ads, the younger adults were shown to process these ads much faster than the older participants. Time exposed to the ads—which was self-reported—played a part in the higher effectiveness of print over digital, which may point to the benefits of digital ads in circumstances involving limited audience attention. However, the younger group reported spending more time with the physical ads—more than was reported by the older group.[6] For younger generations, physical ads may hold an air of novelty.

In addition to being cost-effective, digital media is the fastest way to communicate an idea to customers. Consider using digital ads when you’re looking to gain attention and quickly deliver a message. However, print materials—like postcards, catalogs and magazine ads—have a more pronounced emotional effect on consumers. For marketers who want advertising with long-lasting impact and easy recollection, a physical ad simply has more psychological influence. Both mediums have their advantages. The most effective campaigns will use both in combination to create omni-channel experiences that excite and engage. 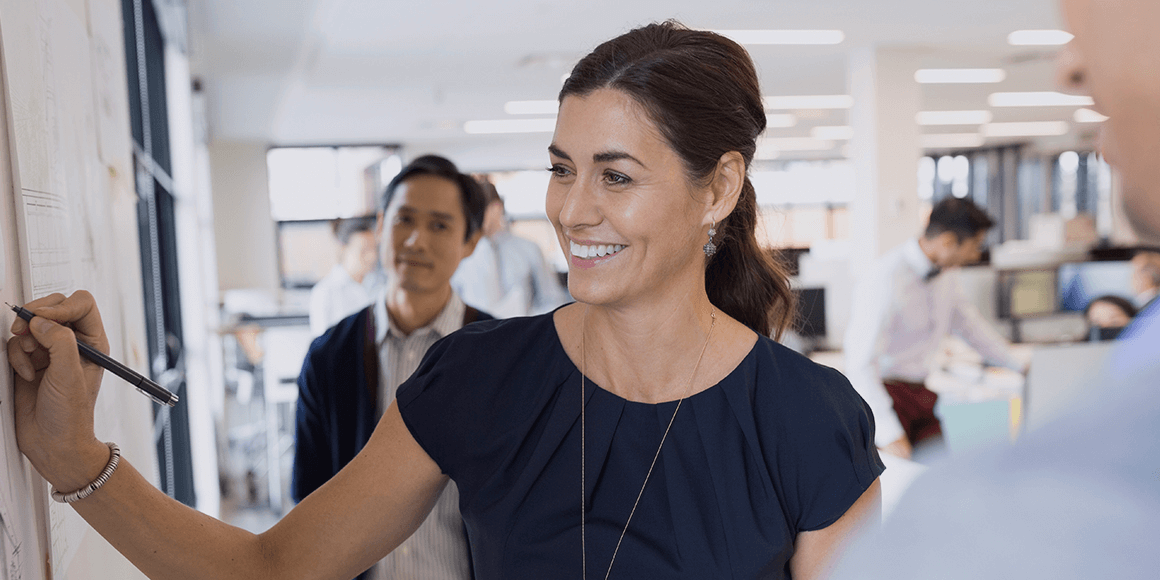 Direct mail can be a powerful tool in omnichannel marketing efforts. Learn how to create an actionable campaign, step by step.

Bad Addresses Could Be Costing You 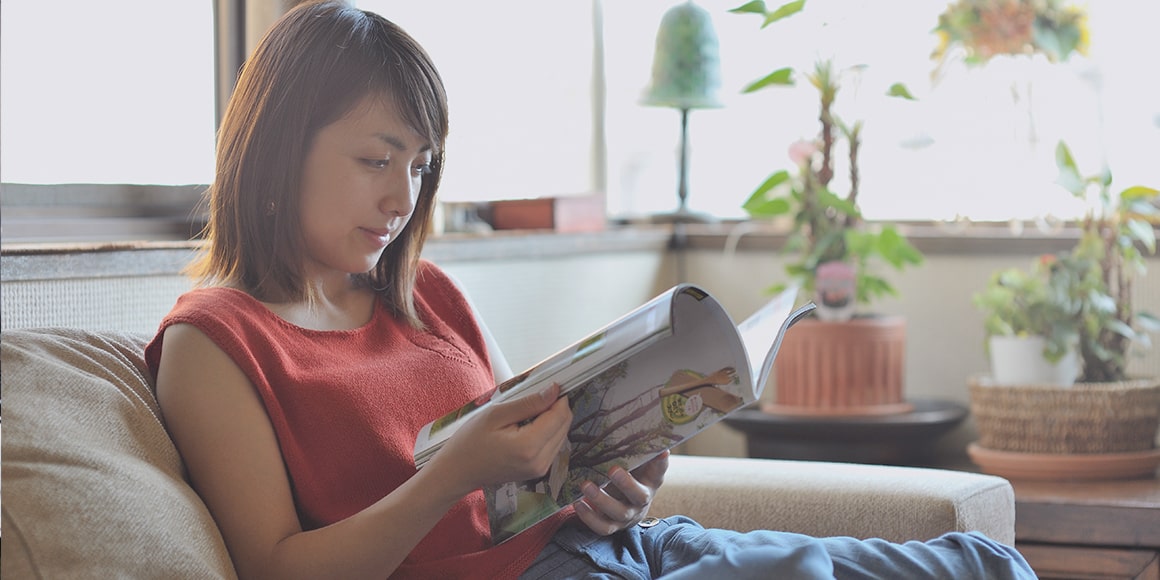 8 Ways to Make Your Catalogs Stand Out 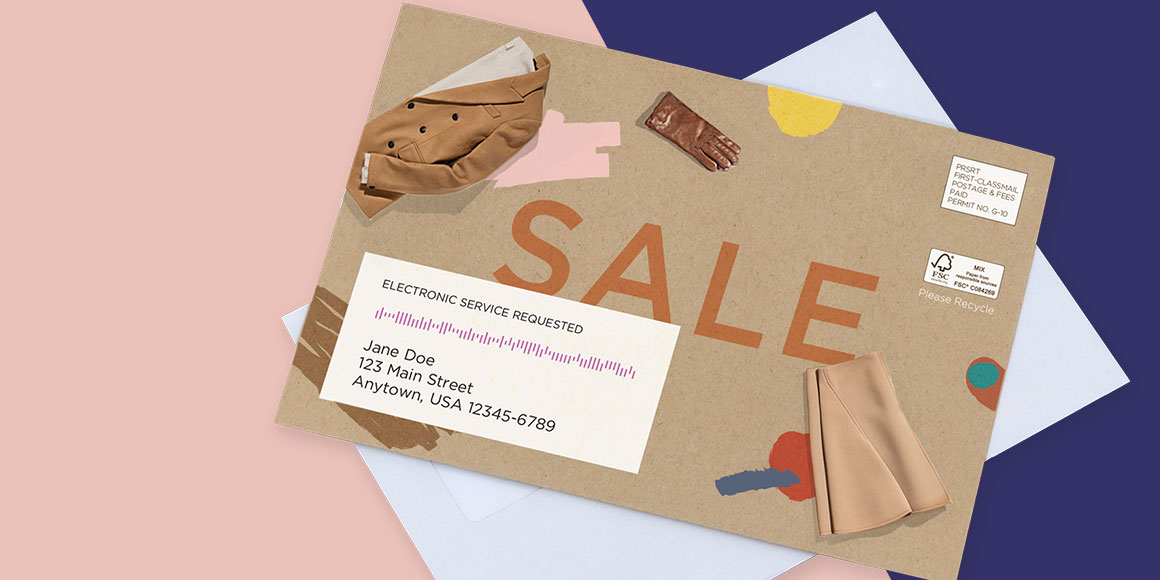 How Much Could Your Direct Mail Campaign Cost?